On 30th April this year, Special Kids in the UK Member Kim Shears, accompanied by many of her family and friends, took part in “Jacks Challenge”. On a day where Jack, who sadly passed away in January 2014 would have turned 13, Kim and her family took on the incredible challenge of climbing Ben Nevis.

Special Kids in the UK are extremely proud of all those who took part and are delighted that the group managed to raise £5965.50! If you would like to donate this is still possible by clicking here.

“As a family, we thought it seemed like a good idea to climb a mountain. Just a casual stroll up to the top on a mild spring day, with a bounce in our step and a breeze in our hair. We settled on 30th April – the day our Jack would have turned 13. He was no longer with us in body but we knew he’d be there in spirit.
So, which mountain? It had to be a bit of a challenge, after all life had been a huge challenge for Jack. We needed to acknowledge this. We had climbed Snowdon with Jack as a four month old, so it had to be a bit more…..Ben Nevis!
Preparation started. There’s not many mountains in Essex, so we had to settle on long countryside walks with a few undulating paths. Trying to find hills wasn’t easy, we must live in the flattest part of the U.K.
Accommodation was booked, that was the easiest part. We found guides and booked them. They came back with a warning that the end of April can be dodgy weather wise so make sure we had all necessary equipment and that meant more than a pair of boots! Surely April would be lovely, it was heading towards summer. Still clothing was sorted and the boots walked in in preparation for the climb.
The fundraising page was set up. All money to go to Special Kids in the UK. Now to decide how much to aim for. After much deliberation we decided £4000 sounded good.
The day finally arrived. A bit of an odd day for me. Jacks birthday, another one we had to celebrate without him, yet one that was going to be marked in a way I knew he’d love. We had his birthday balloon at the ready and went to meet our guides at the bottom of Ben Nevis. The weather was okay, I wasn’t sure what the guides were on about! Nevis looked lovely, the sun was shining albeit a tad windy. We were on our way.
The first few yards were okay and it was soon becoming clear this wasn’t going to be as easy as we thought it would be. Still we continued on our way. The path was clear enough to follow but I say path in the loose sense of the word. It was more some misaligned wobbly rocks that moved when you stood on them. If they weren’t wobbly rocks then it was dodgy steps! No gentle Sunday stroll here. The physical toll was soon to begin to show, Clacton really doesn’t prepare you for this. Pete was okay, he lives in Scotland, they have a few hills there!

We stuck together and our guides were amazing. Each of us encouraging one another, all double checking on their old mum! Various topics of conversations took place, climbing a mountain is a good opportunity to discuss moon cups! The higher we climbed, the windier it became – Jack clearly wanted his balloon before we reached the top of the mountain so off it went. The wind rapidly took it. Then came something we hadn’t anticipated, wind speed at the top was reaching 60 mph. If it hit 65mph the climb would have to be abandoned on safety grounds. A deflating moment for us all.
The stubborn streak of not letting life get in our way is a strong one in this family – it was what kept Jack here for far longer than his predicted two years, and it was going to take us up as high as we could get.
Legs ached, backs ached, lungs hurt for some (give up smoking guys!) and then the bladders started calling. Not a problem for the lads but bizarrely there are no ladies facilities on Nevis. Some strategic positioning and wees were had. Still we climbed. Nearly four hours in and we were still to glimpse the top. Cloud was low. The wind getting fiercer and the temperature dropping.
The guides stopped and told us to put on hats, gloves and waterproofs. Conditions were going to changed as we turned the next corner. Okay if you say so…clobbered up we set off again. We turned the corner and it was if we’d stepped out into Narnia. No longer the rocky grassy terrain with a few random patches of snow, this was white! Snow everywhere, covering everything completely. The path was no longer there. Faces needed shielding due to the wind whipping up the snow. This was the time I actually doubted I could make it. We were so close yet an arctic landscape was between us and the summit. The winds continued and the lighter ones of us had to actually hold onto another person as the wind was physically lifting them off their feet. Being a fat cow has its advantages.
The last section was undertaken in the harshest of conditions. We were southerners! Some of it was on hands and knees, the snow was deep and hard work. Walking boots we did have but not snow grips. What happened to our casual stroll in the sunshine?
As the summit came into sight a surge of energy gave us what we needed. We made it. I’m a tough cookie but the feeling was such a strong emotional one knowing we’d done this all for Jack. Even the biggest of lads had a tear in their eyes, I know it was the wind making them water. Our time at the top was very very brief due to the weather. Literally a quick photo and start the descent.
The struggle of climbing up in the snow was soon forgotten as we just sat and slid down. Those waterproof trousers made fab sleds. I know Jack would have absolutely loved it. The achievement of reaching the top had given us all the necessary boost to make the descent relatively easily. A few sore knees and thighs, but the ‘buzz’ we were experiencing easily outweighed the pain.
Never was a drink needed more when we reached the bottom. Luckily for us there’s a conveniently placed pub. I feel there should also be a grass path at the bottom to walk along bare foot to relieve those achy feet.
Jacks Journey was more than just a climb for us. We are closer than ever as a family and I know we have a pretty unique bond. We smashed our £4K target for Special Kids in the UK, a charity that’s given us all, but especially me, immense support over the years and continues to do so. It gave us a little insight to the struggles our kiddies go through on a daily basis, they climb mountains repeatedly just to achieve the smallest of things. They are the ones who deserve recognition.”

If you are taking part in an event and would like to raise money for Special Kinds in the UK, please use the contact us page to get in touch with the Trustees. Thank you to all those who have raised money for us. 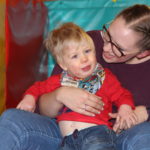 Bringing families together 2017.
This site uses cookies: Find out more.